As his career developed, in addition to achieving the coveted Master “Schlosser” (art blacksmith) title, Martin became a highly skilled locksmith. His love of both crafts inspired one of his hobbies, that of collecting Medieval locks and other castle hardware. During several trips back to Europe during the period between 1915 – 1925, Martin amassed a significant collection of pieces which hearken from the fourteenth to sixteenth century; most are of central European origin. These treasures, which may be viewed within our vault, provide a humbling journey back in time. It’s hard to imagine just how our ancestors produced such extraordinary metalwork without the use of tools we take for granted today. 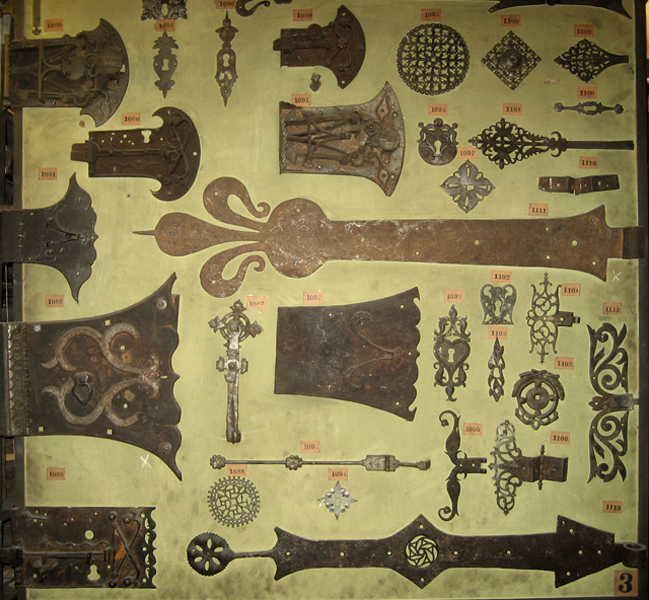 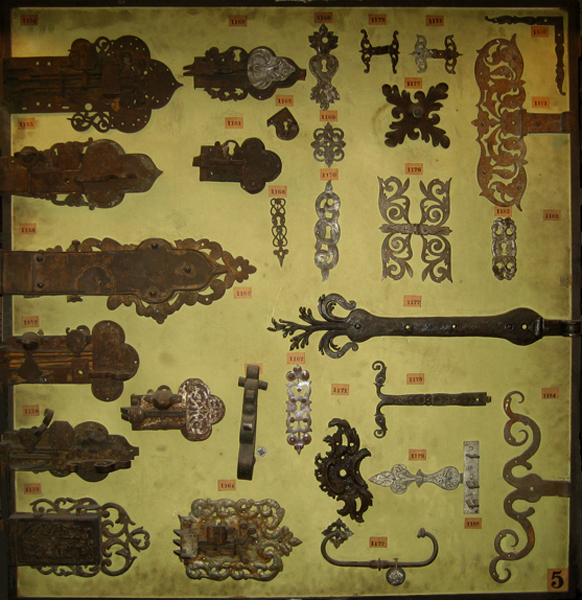